The contents of this page may be found at https://msi.laptopdirect.co.za. The contents are copyright. Although every effort has been made to ensure the accuracy of information, no reliance may be placed on the accuracy of the contents or any price found on this site. Any and all information should be used for reference purposes only. This Laptop website is offered as an extension to laptopdirect.co.za as a reseller service to the public. Laptop Direct C.C. is the legal owner of this website, the Laptop Direct brand and the Laptop Direct logo. The information and pricing may have been valid prior to this page being captured, however, a print is not a valid advertisement for pricing nor specifications, and only products that have been sent by quote are valid. Prices are subject to change without prior notice. T&C's apply.
Compare products (0)     Clear 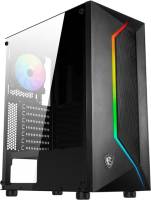 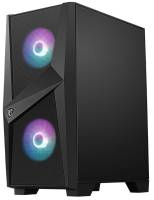 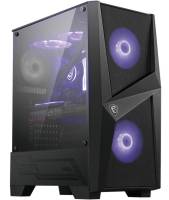 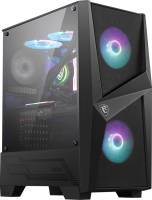 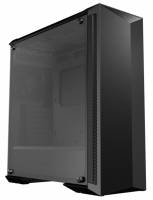 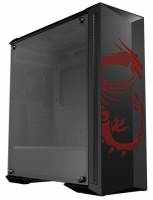 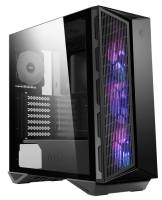 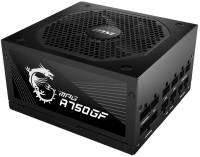 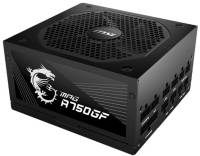 ATX (Advanced Technology eXtended) is a motherboard form factor specification developed by Intel in 1995. A full-size ATX board is 12 x 9.6 in (305 x 244 mm). This allows many ATX form factor chassis to accept microATX boards as well.

BTX (for Balanced Technology Extended) is a form factor for motherboards, originally intended to be the replacement for the aging ATX motherboard form factor in late 2004 and early 2005. It was designed to alleviate some of the issues that arose from using newer technologies (which often demand more power and create more heat) on motherboards compliant with the circa-1996 ATX specification.

The ATX and BTX standards were both proposed by Intel. Intel's decision to refocus on low-power CPUs, after suffering scaling and thermal issues with the Pentium 4, has added some doubt to the future of the form factor. The first company to implement BTX was Gateway Inc, followed by Dell and MPC. Apple's Mac Pro utilizes some elements of the BTX design system as well but is not BTX compliant, rather using a proprietary form factor. However, future development of BTX retail products by Intel was canceled in September 2006. Many companies now use proprietary form factors.

Mini-ATX is a 15 x 15 cm (or 5.9 x 5.9 inches) motherboard form factor developed by Aopen Inc. Mini-ATX is slightly smaller than Mini-ITX. Mini-ATX motherboards were designed with MoDT (Mobile on Desktop Technology) which adapt mobile CPU for lower power requirement and less heat generation, which makes them ideal for home theater PC (HTPC) and car PC for consumer and application PC for industrial.

Mini-ITX is a 17 x 17 cm (or 6.7 x 6.7 inches) low-power motherboard form factor developed by VIA Technologies in 2001. Mini-ITX is slightly smaller than microATX. Mini-ITX boards can often be passively cooled due to their low power consumption architecture, which makes them useful for home theater PC systems, where fan noise can detract from the cinema experience.

Some cases do not include a power supply because it is normally cheaper to fit your own power supply if you have specific needs - for example, a home user would only require a basic power supply whereas a gamer or graphics developer would require an expensive, powerful power supply that can connect to one or several graphics cards and several drives.

Home users do not require designer computer cases, the standard home user only need a basic computer case that will fit into the space that is available within the living area of the room.

We recommend researching the case based on your space requirements.

Business users do not require designer computer cases unless they would like to make a special impact on clients and customers.

Businesses tend to chose smaller computer cases to save space around their workspace.

Some businesses prefer hybrid computers that include a monitor and computer as a single unit.

To save on costs, virtual computing solutions may be an option.

Gamers enjoy the options they have when it comes to gamer's cases. Computer cases for gamers do not include power supplies, which gives the purchaser the freedom and flexibility to chose their own power supply based on their requirements.